skip to main | skip to sidebar

Gerald Flurry has taken a "prophecy" he unveiled to PCG members about thirteen years ago and has thrown it out to his PCG members yet again this (incorrectly observed) Feast of Tabernacles in his new book. Let's take a look. 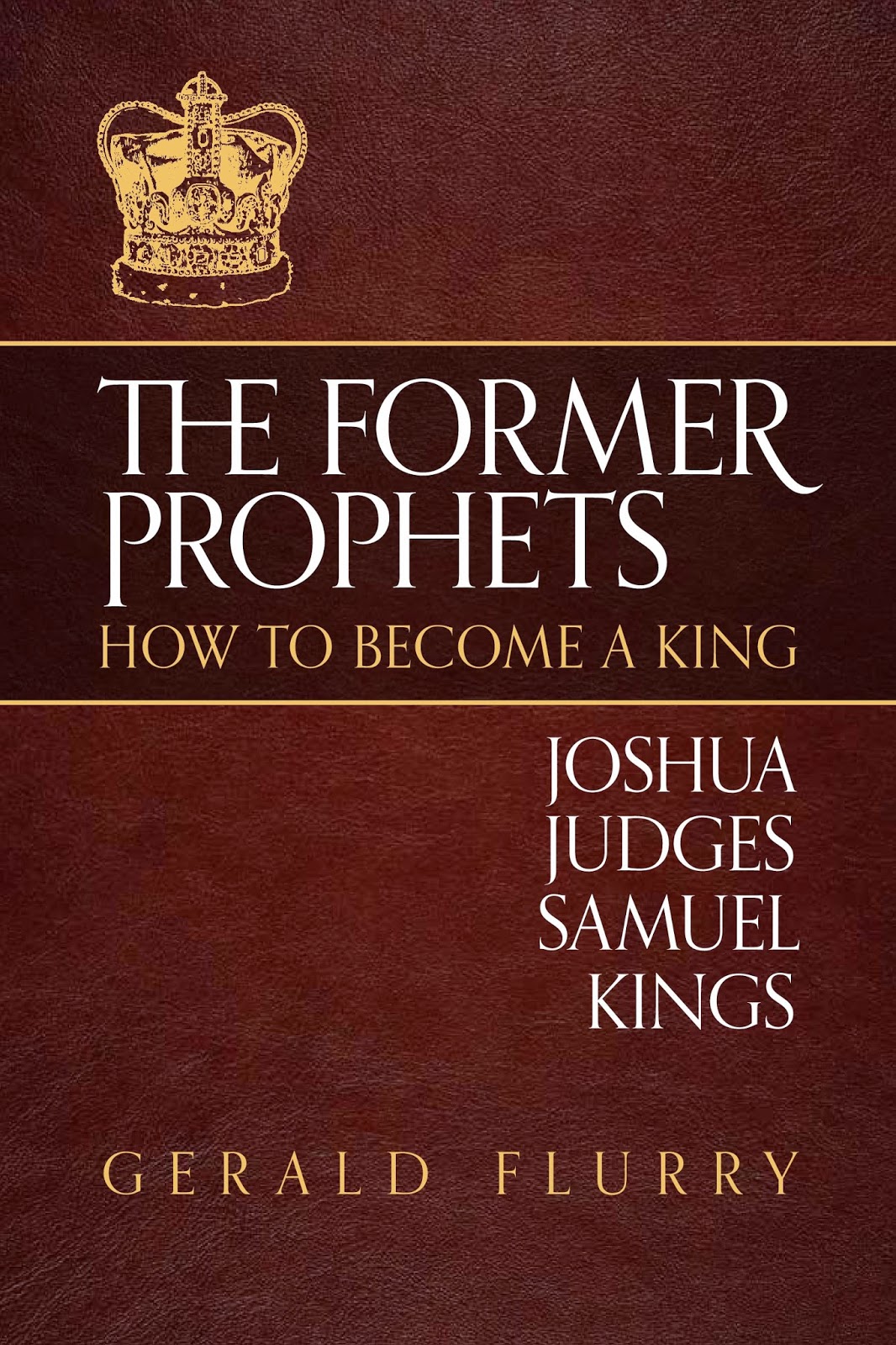 In Chapter 10 of his book, The Former Prophets: How to Become a King, Gerald Flurry speculates that about 10,000 PCG members will get to flee to the Place of Safety, which is often said to be Petra, Jordan. Here is what he says.


A couple of biblical prophecies refer to 10,000 saints being in a place of safety in the end time. (You can read about this in Chapter Five of my free booklet No Freedom Without Law.) Deuteronomy 33:1-2 speak of “ten thousands of saints” coming with Christ from mount Paran, which is located in Petra, Jordan. The Apostle Jude referred to this in an end-time context as well (Jude 14).

God clearly says there will be 10,000 members in a place of safety. It has to mean that. He is going to come back with those 10,000. So maybe we’ll convert, say, 500 of our teenagers in the place of safety, and between now and then. And maybe we will pick up between 2,000 and 2,500 from the world and from the Laodicean churches.

Reaching that number might take a little more time than what we have thought, but I would hasten to add that so much is happening in this world, and it is disintegrating so fast, there is no guarantee it will take long at all. (Gerald Flurry, The Former Prophets: How to Become a King, 2014, Chapter 10, p. 226.)

Actually PCG members have already been waiting about thirteen years already to get 10,000 members. Let's take a look at what Gerald Flurry actually said in his booklet, No Freedom Without Law. This booklet was discussed recently in a previous post. Here is what Gerald Flurry said about there being 10,000 PCG members within the Place of Safety way back in 2001.


Being part of the former prophets, I Kings includes prophecy for us today. It doesn’t say men. This is 7,000 people who are converted and have the Holy Spirit of God, people who know God and haven’t caved in to Baal. These are the people who will join God’s work before this is all over.

It has been thirteen years since Gerald Flurry offered these figures. That is about 4745 days.

Also that paragraph about "Reaching that number might take a little more time than what we have thought" is new, not present in either the 2001 or the 2007 versions of No Freedom Without Law. Is Flurry saying that the second coming will be later then he had told them earlier?

I think this indicates that PCG has not had any membership increase since 2001, or at least their membership is not as high as Flurry said it would be back in 2001. If PCG was increasing then why does Gerald Flurry present the same

Will PCG members busy listening to sermons during their incorrectly observed Feast of Tabernacles notice that Gerald Flurry is offering the same promise of getting 10,000 members for PCG that he made thirteen years ago? Will they wonder why PCG leaders have been unable to get PCG membership that high in all that time despite all the money they pour in to PCG?

In 2012 PCG had an annual income of $19.5 million. But this does appear to be getting PCG anywhere in getting more members or more subscribers for The Philadelphia Trumpet.

If You are new please read this

Fall of Berlin Wall NOT Proof HWA was Right

It is often asserted that the fall of the Berlin Wall in 1989 proved that HWA was right and he really did see the future.

This of course is nonsense. Herbert W. Armstrong said that Christ would return within twenty years in his book Mystery of the Ages. (PCG has since deleted those words so someone in there knows HWA spoke nonsense.) How convenient for them to forget this.

Also Herbert W. Armstrong never said the Soviet Union would collapse. He thought it would survive intact until a few years after Christ's return. It shows how biased some many in the COGs are that they never seem to notice this. This inconvenient truth is just tossed into the memory hole.

It is true that HWA said that some Eastern European states would break away from Moscow's orbit and join the European Empire he said would arise at any moment. But he never talked of the Soviet Union collapsing. He did not teach that. Also he portrayed the rise of the European Empire to be far quicker then what has actually happened. In Mystery of the Ages Christ was supposed to return by 2005 at the most.

So assertions that the fall of the Berlin Wall somehow prove that HWA was right is just complete nonsense spread by people who, for whatever reason, are still in denial that HWA was a false prophet who merely talked out of his own "human reasoning".

What sort of man is he? A man who could say things like this.

"Mr. Armstrong has reminded us again that we are to disfellowship any members who attend GTA's [Garner Ted Armstrong's] campaigns, church services or other meetings. Some of our weaker members apparently do not realize that this man is in direct rebellion against God and His government! We must not allow them, or ourselves, to rationalize about this matter, to try to "help the underdog," or in any other way lend support to one whose gross immorality, whose long standing "play acting" and hypocrisy, and whose direct insubordination to the Government of God has long been and is now a source of confusion and DIVISION among God's people. So, as per Mr. Armstrong's instruction, I charge and exhort every one of you faithful ministers of the living Christ to explain this in no uncertain terms to your members, to warn them about this cause of division and then to disfellowship any who consort with GTA or any of his fellows." (Roderick C. Meredith, Pastor's Report, May 21, 1979, pp. 1-2.)

See here for this statement's context.

The Truth About Europe and Prophecy

Truth About The Key of David's Gerald Flurry and his PCG

I am a believer in Christianity. I wish to help people see the truth about Herbert W. Armstrong's teachings so people can be better informed about this belief system and its history.

WCG minister David Robinson had this to say about Roderick C. Meredith in a letter he wrote to him on September 19, 1979.

"During the ten years I have been an employee of the Worldwide Church, you have been poorly spoken of by most of the ministers and employees I have known. I vividly remember the absolute unbounded glee that was openly expressed by a good number of respected men in the church when you were first "shanghaied." [In 1972.] I could begin by naming names, which I am sure would shock you. I was one of the few who stood, where possible, for you. Your tenure as superintendent of ministers, as I believe the office was then called, was looked on as nightmarish. While you held office during the years of growth, most of those whom I know gave you very little credit for that growth. Almost everyone whom I know, whether they be former friends of yours, or continuing foes, recalls insensitive and terrible things you have done. Without exception, at least among my acquaintances, they all credit you with an unbridled lust for power and list you as one who is willing to pay the price of gaining that power, no matter what. I have, through many of the last few years, believed you had principles you would not violate. Many a man of experience in the church assured me of my error. Events have proven me wrong and them right. Mr. Armstrong has himself been widely quoted as saying of you that you were so righteous that you were so "righteous you were unrighteous." " (David Robinson, Herbert Armstrong's Tangled Web, Chapter 16, p. 207.)

Of course it is impossible for me to personally verify these assertions but people deserve to know what this knowledgeable man had to say about him.